“MCL Cinemas Plus+ Plaza Hollywood” (owned by a joint venture company with a subsidiary of Emperor Culture Group Limited (Stock Code: 491) and managed by MCL) is located in the Plaza Hollywood, Diamond Hill and so far the largest cinema in the Kowloon East. With NEC 4K laser projectors and Dolby 7.1 surround sound system equipped in all houses, audiences can fully immerse themselves in the world of movies. The cinema interior is elegantly designed in warm rose gold and coral color; and is spatially outlined into different areas with arches, circles, and round elements. Apart from the conventional box office and concession counter services provided, self-service kiosks are widely installed in the cinema lobby for more convenience and efficiency to moviegoers. 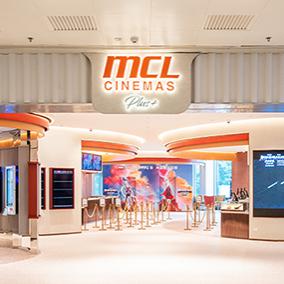